The Lawyer’s Practical Guide to: Legal Chatbots (and Whether They’re Really Coming to Steal Your Job)﻿ 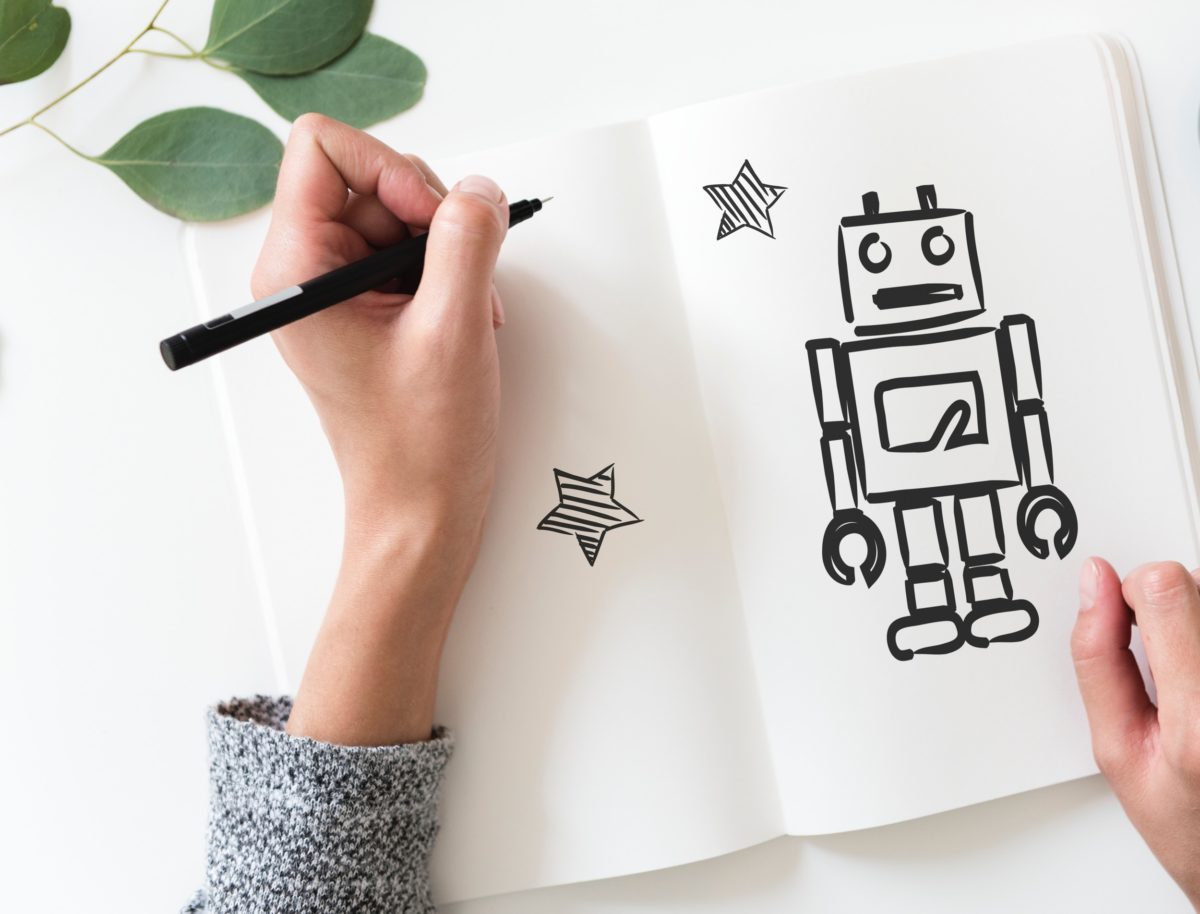 In this article we’ll have a look at where chatbots are changing the market right now, the future for chatbots and how much impact they will really have on a lawyer’s workload and the legal industry.

Yes, lorry drivers, translators and shop assistants are all under threat from the rise of the robots, but at least the lawyers are doomed too. (Some of my best friends are lawyers, honest.)

BBC News: The robot lawyers are here – and they’re winning

Since AI started moving out of academia and into industry, people have been worried about the effects on employment. Ideas such as ‘universal income’ have been introduced as potential solutions for human workforces start to become redundant.

Are lawyers under immediate threat from ‘robot lawyers’? In this article we’ll take a look.

What is a Chatbot?

In its most basic definition, a chatbot is ‘a computer programme designed to simulate conversation with human users, especially over the internet’.

In their more basic forms in the legal industry, a chatbot could sit on the firm’s website and complete functions such as booking appointments and asking questions that direct an enquiry to the right department of an enterprise firm. However, chatbots at this level cannot be conceived as competition to a lawyer.

The chatbots under discussion in this article are those developed to solve problems for customers, rather than just direct customers. They can answer basic legal questions and can also generate standardised documents such as NDAs based on information inputted by the client. They resolve an individual’s issue without the need for interaction with a human lawyer. These chatbots may contain artificial intelligence (AI) to help them refine their response to questions, and will almost certainly contain AI in the future.

The DoNotPay Phenomenon – Chatbots without Lawyers

In 2015, DoNotPay was revealed to the public. It was originally designed to help overturn parking tickets. Drivers would input the reason they would like to challenge the ticket and give their details, with the app filling in the relevant forms for them.

In 2018 it expanded into small claims, filling in the forms required and offering a script that plaintiffs can read from in court. Outside of the legal arena, DoNotPay also offers Uber and Lyft refunds, fighting bank charges, airline and hotel price protection and the ability to scan fast food receipts and receive free food.

DoNotPay has received significant amounts of media coverage – partly due to its charismatic young founder (who rented Mark Zuckerberg’s old house in Silicon Valley for a time). Joshua Bowder introduced himself in 2016 with these words: “lawyers all over the world should be scared of this technology”. Whilst his rhetoric has softened his vision is still that all consumer legal services will eventually be provided for free.

In addition to DoNotPay, there are several chatbots on the market which aim to fulfil client needs without any lawyer involvement. LISA offers NDAs and has recently launched into the property market. SoloSuit helps US consumers to respond when sued for a debt.

Supporting consumers for free is a laudable aim, but doesn’t lead to a financially self-sustaining business – DoNotPay is venture capital backed with an aim to monetise in the future, and LISA is reported to be looking at corporate licencing deals.

This is why the larger number of legal chatbots being developed are designed to be used by law firms rather than to work against them. The real revenue opportunity lies in leveraging these platforms to gain more chargeable work, rather than using them as a sole revenue stream.

Some of these are being developed by large law firms themselves. Norton Rose Fulbright in Australia developed a chatbot dealing with changes to data protection legislation. Clients could ask the chatbot simple questions, and then refers them to fixed price packages if further legal advice is required. It was responsible for selling A$15,000 of business within its first 24 hours.

Ailira is another Australian offering for consumers and small businesses, which offers a certain level of free legal advice and documentation and then offers users chargeable legal appointments if they would like documents checked or further advice.

The Roadmap for Chatbots

‘Access to justice’ is an important issue, and a key area where this type of chatbot could play a positive role. Asylum seekers, visa applicants, those in debt, those unable to afford a lawyer for civil matters – all of these could benefit from the DoNotPay model.

This social good is important, and worthy of support. It is also unlikely to significantly affect lawyers’ bottom lines as these are situations where people generally can’t or won’t hire a lawyer. These products expand access to legal advice into new areas rather than affecting the areas that law firms currently gain revenue from.

This is a more interesting case. Legal chatbots developed by law firms could affect the shape of the legal industry as a whole.

As discussed in the previous section, this technology is already available. Speaking purely in technological terms, there is no reason why chatbots could not be implemented by firms worldwide.

Some firms, such as Norton Rose Fulbright who were mentioned previously, have begun doing just that and have seen increased revenue as a result. However, the fact is that implementing a chatbot involves a significant change in business model. For most firms, the current business model works fine and so there is little incentive to change.

For forward-thinking firms who want to be known for a modern and innovative mindset, this is a great technology to look at from both a revenue and a PR perspective. For firms who are happy to stay just ahead of the curve, it will most likely be several years before legal chatbots become popular enough to become a serious consideration.

How Chatbots will Change the Legal Industry

Whilst widespread implementation may not be immanent, it is very likely to occur at some point. When it does, it will change both the legal industry and the makeup of individual law firms.

Automating the basic level of client interactions firstly requires a different fee structure. Clients will presumably pay either a regular subscription or a fee per interaction. Either way, this fee will likely be smaller than the fee clients currently pay for a service.

Law firms will therefore need to create revenue on the chatbot via increased volume – both within individual clients, who may use additional services when the cost is lower, and being able to support a much higher volume of clients. If a reasonable portion of those clients convert to paid projects with human lawyers, then law firms can increase revenue rapidly and effectively. Successful firms could grow rapidly with a relatively small increase in headcount.

The rise of chatbots will change the dynamics within businesses. Whilst lawyers will be needed for the content, non-lawyer staff including technical teams, marketers and business developers will increase. As multiple firms develop chatbots, differentiating via marketing and other means will become more important and will increasingly direct business strategy.

Lawyers’ workloads will also change, with a focus on higher value work that cannot be completed by the chatbot. The level of change will depend on the area of law and client base, with some areas almost untouched and some having a significant percentage of their previous workload handled by a chatbot.

Chatbots, however, will not replace human lawyers in the short term, and are unlikely to in the long term. A similar comparison is e-discovery platforms – which reduce hours of time spent reviewing documents, but in no way reduce the need for litigation lawyers who interpret the data, represent clients in and out of court and negotiate settlements. For as long as individuals look to achieve their goals and protect their interests through legal means, they will need human lawyers to support them.

One concern is that chatbots will reduce the number of positions for individuals completing those more manual, repetitive tasks. Some of those are positions that would be filled by recent law graduates and associates – which could lead to a shortage of experienced lawyers further down the line. The legal industry will have to be mindful of this in order to avoid a talent shortage and find ways to move junior lawyers onto higher value work more rapidly.

For law firms who are happy to continue with their current operations, legal chatbots are unlikely to be a significant business threat in the near future. Law firm owners can keep an eye on this technology, and consider it again when early adoption has started to become more widespread.

Finally, unless you are a lawyer who deals solely in parking fines or standard NDAs, the ‘robot lawyers’ are unlikely to be coming for your job any time soon!

Previous Next See All Insights 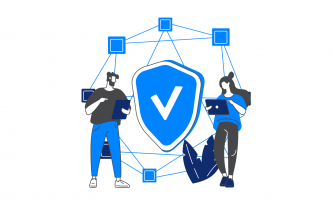 To the dismay of many parties, a world without solicitors is probably never going to materialise. However, … 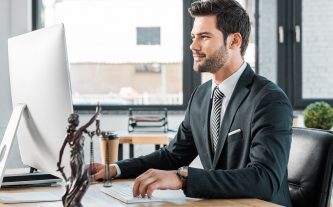 How to propel the growth of your Small Legal Firm?

Legal firms are similar to other businesses in many ways, despite their obvious and technical differences. It … 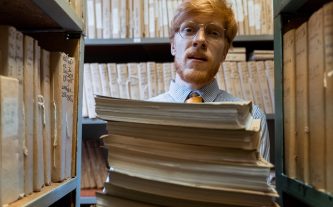 How to deal with Disorganised Data in your Law firm?

Every day, a conventional legal practise interacts with a large amount of data. Files over files get …

Please complete this form, and one of our senior consultants will be in touch to arrange a Demonstration & Discovery call at a time that’s convenient for you.

Learn more about our data protection and privacy policies.

Find out how Thread can drive progress for your practice. Talk to one of our consultants.

Request a Demo Request a Callback